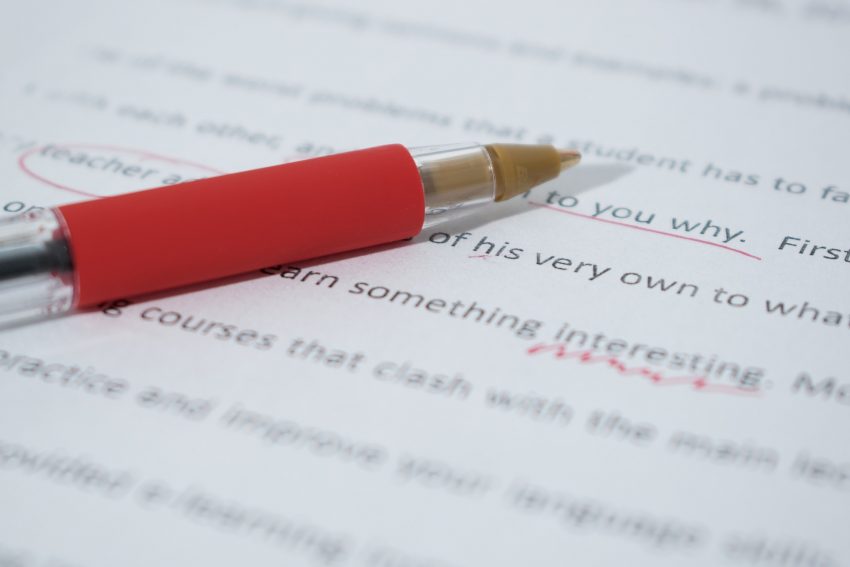 Perfection is quite a skill that humanity at large has had trouble in mastering since. Humans are prone to making mistakes in all they do. It is a crucial part of being human; therefore, even literate people can be caught making errors in essay writing.

When writing an essay, many errors cannot be avoided solely by mastering essay writing tips. These are errors that require an in-depth understanding of the English language and aren’t pardonable if they appear in your essay. Below are the most common errors when writing essays.

Spelling mistakes are caused by use of incorrect homophones. Homophones are words with the same pronunciation but a different meaning in a sentence. When you write your words, check for spelling mistakes. Spell check may not see misused words they are spelled right.

It is the absence of coordinating conjunction that connects two clauses that could be sentences on their own. You should use a comma before the conjunction unless the sentence is short and closely related.

A sentence that uses more words than required to convey a message is considered wordy. It makes the writing unclear and quite confusing. To avoid wordiness in your research paper, remove words that have the same meaning, and replace long phrases with single words.

When a comma is used to join two clauses that could be sentences on their own, a comma splice occurs. It is corrected by adding coordinating conjunction after the comma. The comma can also be changed into a period, semicolon, or colon.

A sentence fragment is a phrase or a clause written as a sentence but lacking an element, that would enable it to function as an independent section. The missing element most of the times is either a subject or a verb.

It is a word, phrase, or clause that could modify the word before it or the word after it. It is a type of a misplaced modifier and is corrected by placing the modifier next to the word it should modify.

This is one of the most common research paper writing errors. A singular verb should be used with a singular subject, and a plural verb used with the plural subject.

When writing a research paper, most students love using introductory phrases when writing. However, they forget that a comma is used to separate it from the rest of the sentence.

These are phrases that break the flow of a sentence to provide additional detail such as emotion, tone, or emphasis. Always put commas around interrupters. It can be corrected by saying the sentence aloud; you’ll naturally pause where commas should be.

When writing essays, most students misuse adjectives and adverbs. Adjectives are words used to describe nouns and pronouns while adverbs are used with verbs, adjectives, or an adverb.

There are many more errors in essay writing. To err is human, but it should never be an excuse for having errors in any essay you write.